Europe has a critical mineral problem, and it’s getting worse. The European Union has ambitious goals for the transition to clean energy, but it’s reliant on imports for most of the minerals it will need to reach those goals. The EU was already struggling, but Russia’s invasion of Ukraine worsened the situation, as the EU had plans to fold Ukraine into its battery sector. Additionally, a report commissioned by the EU identified faster-than-expected demand for critical metals that face a lagging supply. Next year, the EU is launching a fund for critical minerals projects that will begin at €2 billion, but the region will need €100 billion to produce enough minerals.

The situation is even direr due to the increasing global competition for critical minerals, as other countries mirror the EU’s energy transition goals. Canada and the US are also racing towards clean energy, yet both countries are also heavily reliant on imports. As a result, the EU, Canada, and the US need domestic supply chains for critical minerals. A domestic supply chain would create sustained growth for the energy transition, but getting there will require significant government investment. All of these factors add up to a steadily growing global demand for minerals and fierce competition to win the attention of mining companies necessary to build out the domestic supply chain.

Rafaella Resources (ASX:RFR) is a global exploration and development mining company with assets in Spain and Canada. Tungsten is classified as a critical mineral by the EU, UK, and US due to its role in multiple strategic industries. Rafaella has put together a portfolio of two previously producing tungsten and tin mines in Galicia northwest Spain; San Finx and Santa Comba. The mines are partially permitted and benefit from extensive infrastructure. San Finx was producing tin and tungsten concentrates as recently as 2017. Bringing these mines back into production will substantially mitigate Europe’s supply chain risks. More recently Rafaella has doubled its exploration position in Quebec with a focus on PGMs, nickel and copper. The Belletere-Anglier Project already hosts shallow high grade deposits and Rafaella is embarking on an exploration programme targeting deeper feeder systems in this prolific mineralised belt.

The company is poised to become the leading supplier of tungsten with two significant tungsten assets on the Iberian Peninsula. The proximity of the San Finx project to Santa Comba creates a synergistic relationship between them, as they’re able to share personnel, procurement, and capital equipment. Additionally, both projects can supply the same markets and enable improved offtake commitments. San Finx has lower startup costs with a high-grade underground mine, alongside advanced permitting, making it a significant addition to the company’s Iberian Peninsula portfolio.

Rafaella Resources also has exploration assets in Canada to target the North American supply chain. Its Quebec Belleterre-Anglier Project has known nickel-copper-PGE deposits at Midrim, Lorraine and Alotta. These minerals are required for the clean energy industry and allow the company to build out the North American supply chain in a tier 1 mining jurisdiction that has recently committed $3.8 billion to advance its critical metals industry. PGMs in particular are gaining attention as a critical mineral required in the development of green hydrogen. 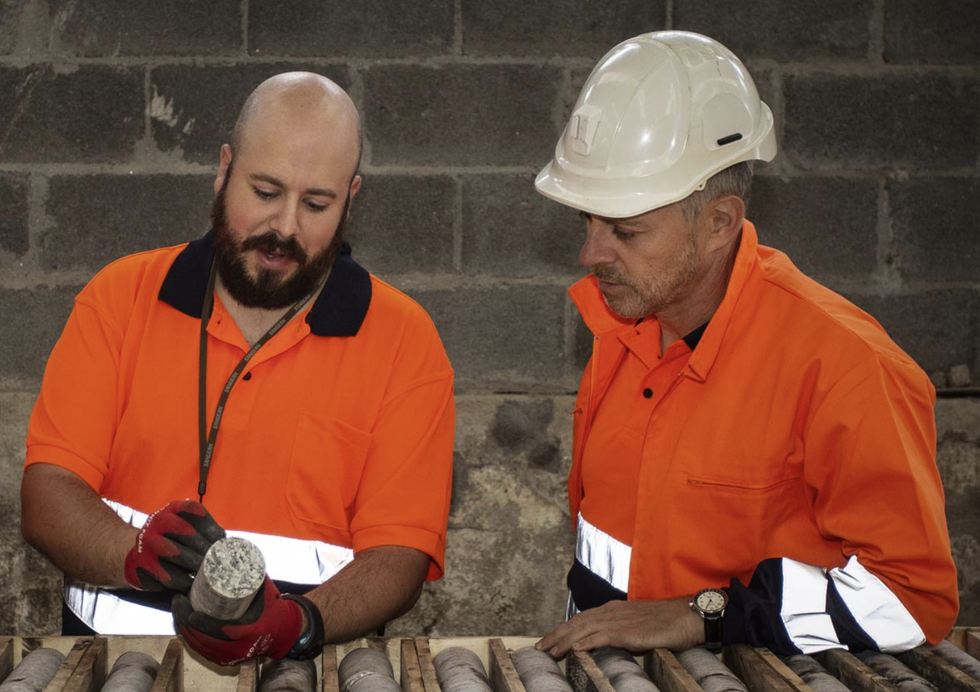 An experienced management team and board of directors lead the company towards its goals of contributing to the European and North American critical minerals supply chain. Steven Turner, managing director, brings 25 years of experience in the resource sector to the company. Lluis Boixet Martí is a trained geologist with over 30 years of experience in the exploration, evaluation, and developing mineral resources sector. The company’s board of directors also brings diverse experience to guide the company towards its ambitions. 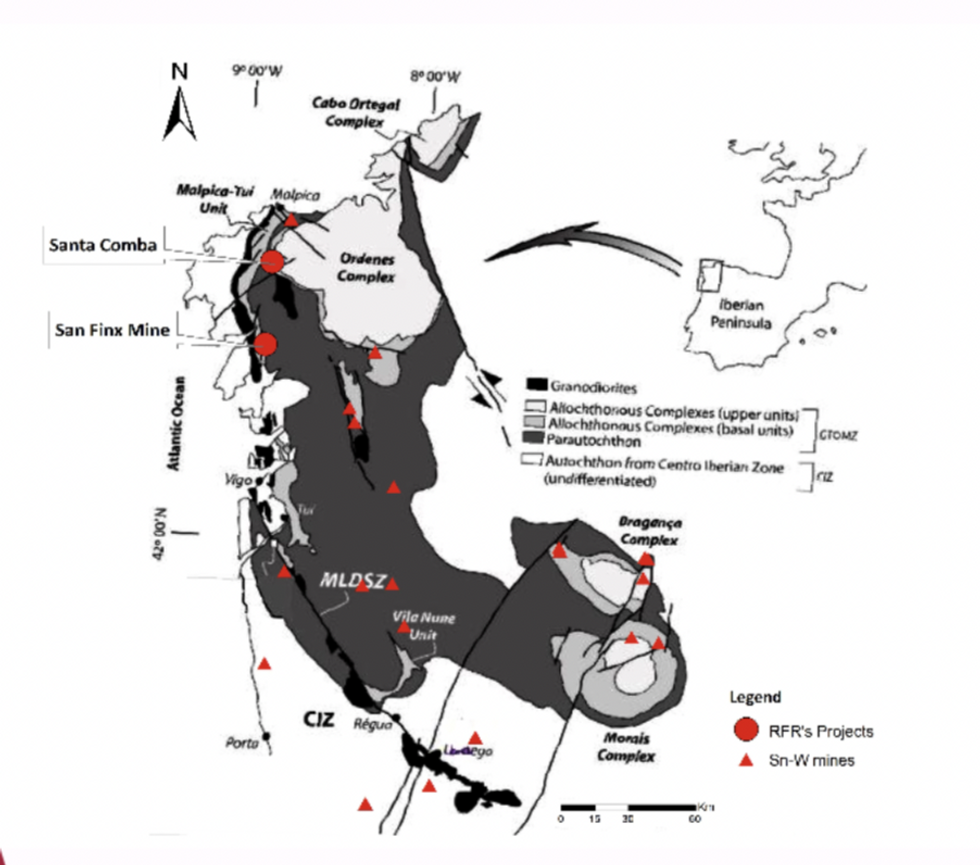 The company’s underground high-grade San Finx project lies 110 kilometers away from A Coruña, a significant regional port city. In 2017, the company extracted 17,000 tonnes of ore, producing 32 tonnes of wolframite concentrate and 35 tonnes of tin concentrate. 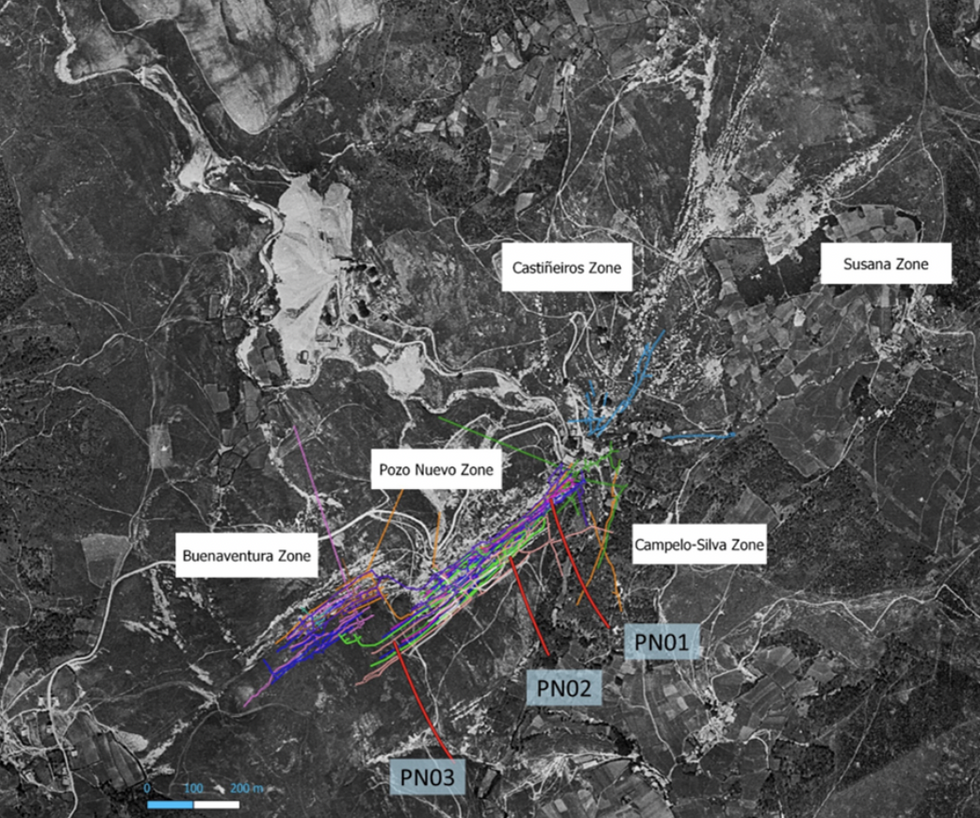 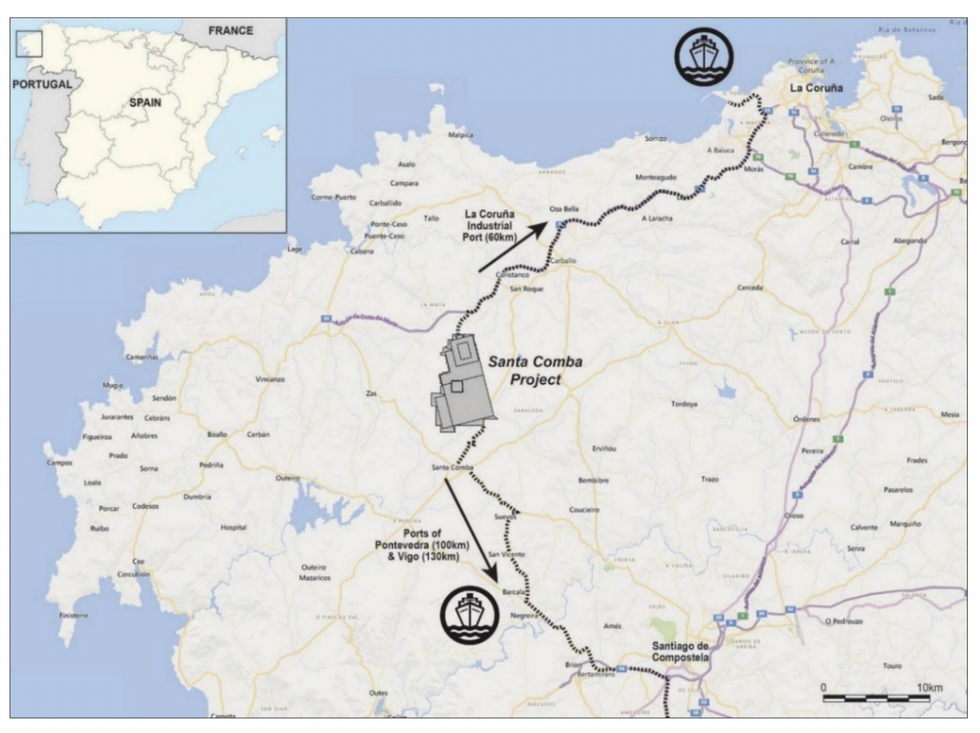 The Santa Comba project is 60 kilometers away from the port city of A Coruña. The brownfield project has considerable infrastructure access, including power and water. The project contained permitted narrow vein high-grade underground operations and was last active in 1985. 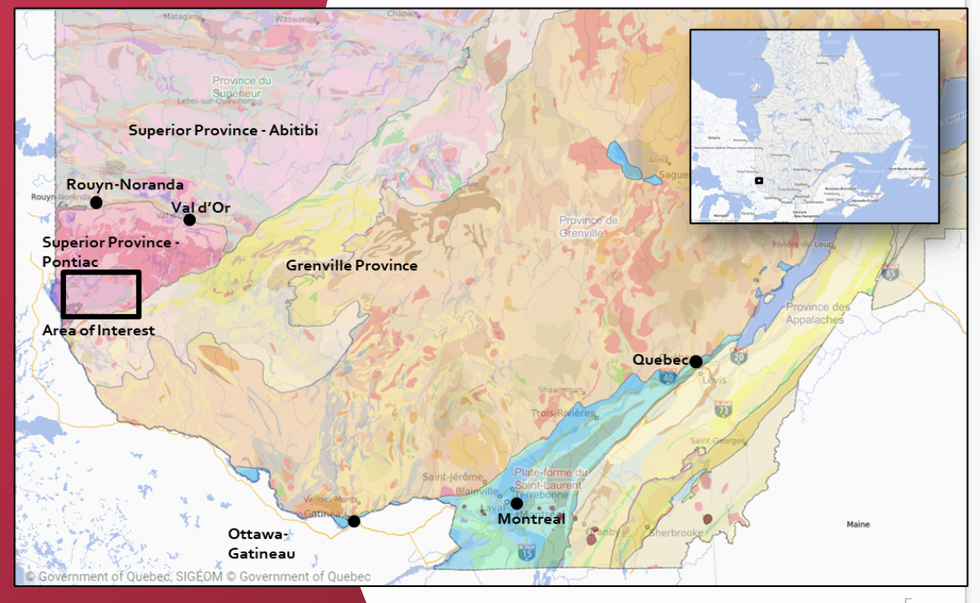 Regional Geology of the Midrim, Laforce, Alotta and Lorraine Projects in the Belleterre Angliers Greenstone Belt,

Rafaella Resources strengthened its PGM-nickel-copper sulphide portfolio in Canada by acquiring the Alotta and Lorraine PGM-Ni-Cu projects from Chase Mining Corporation Limited. The acquisition, which combined with the Midrim and Laforce claims now comprises the Belleterre-Anglier PGM-Ni-Cu Exploration Project, was made through the issuance and allotment of the 8,333,333 shares and payment of $100,000.

The Alotta and Lorraine tenement packages are adjacent to Rafaella’s existing Midrim and Laforce PGM-Ni-Cu projects consolidating 157.4 km2 of the eastern portion of the Belleterre-Angliers Greenstone Belt located in the Abitibi-Pontiac Greenstone. The company now has a total of 70 targets identified across the combined exploration package. The Alotta and Loraine acquisitions shift Rafaella’s strategic focus to battery metal exploration in Canada.

following their detailed review of the Midrim and Laforce assets earlier this year.

Recent desk top work has added a further 137 deeper target areas, in line with the Company’s geological model. This model suggests the relatively small but high-grade gabbroic intrusions point to a broader intrusive complex that could host substantial massive and semi-massive sulphide accumulations. Of the new targets, 20 of these being classified as Priority 1 for further investigation.

Steven Turner brings over 25 years of experience in the resource sector, having held senior roles in both industry and investment banking. During his career, Turner has been based in London, Aberdeen, Singapore, Brisbane and Madrid. Turner has raised significant capital for the development of resource projects, including equity, public bonds and project finance. Most recently Turner was head of business development at a private mining group, having been instrumental in the successful growth of the company from a junior to mid-tier Australian base metal operator. Turner holds Australian, Canadian and UK citizenships and is a Fellow of The Chartered Accountants of England and Wales and a Member of the Australian Institute of Company Directors.

Lluis Boixet, a geologist, is a member of the European Federation of Geologists (QP), with more than 30 years of experience in the exploration, evaluation and development of mineral resources, including 3D modeling and resource estimation, mainly for gold and base metals. He has participated in the discovery and development of several sites in Spain and has served as a consultant for projects in Latin America and Africa.

Peter Hatfull has over 30 years experience in a range of senior executive positions with Australian and International companies. He has an extensive skill-set in the areas of business optimisation, capital raising and company restructuring. Hatfull has held senior financial and Board positions in Australia, Africa and the UK. He has particular experience in revitalizing business plans, attracting investor funding, and implementing profitable strategies. Hatfull graduated as a Chartered Accountant in the United Kingdom, where he worked for Coopers and Lybrand (now PriceWaterhouseCoopers), and subsequently moved to Africa, where he spent 8 years in Malawi. Hatfull moved to Perth in 1988. Hatfull is considered to be an independent Director.

Robert Wrixon is currently a Director of the mining venture capital group Starboard Global Limited and has 20 years of experience in corporate strategy, commodities marketing, mining M&A and mineral exploration management. He has previously run two listed junior resources companies in Australia, and prior to that spent five years in corporate strategy for Xstrata plc based in Sydney and London. Dr Wrixon is an Irish national and holds a Ph.D. in mineral engineering from the University of California, Berkeley. Dr. Wrixon is not considered to be an independent Director.

Ashley Hood has more than 15 years experience in the mining industry having worked in mine and exploration operations for junior and large mining companies based in Australia and throughout the Pacific including New Zealand. He has broad senior management experience having held a number of ASX appointed board positions whilst working on some of Australia’s major JORC resources. Hood predominantly specializes in project/people management, native title negotiations, logistics, and project diligence/acquisitions and has personally held and managed a number of his own exploration projects. Hood is considered to be an independent Director.