Exploration and development mining company NiCAN Ltd (TSXV:NICN) is pursuing a portfolio of highly prospective yet underexplored projects in known nickel belts in Manitoba, one of the top nickel-producing provinces in Canada.

As the world’s sixth largest nickel producer, Canada continues to be an important jurisdiction for nickel mining, with Manitoba alone producing more than 14.2 thousand tonnes of nickel annually. NiCAN’s promising land package in Manitoba can be well-positioned to meet the rising demand for nickel, largely driven by the developing electric vehicle (EV) market. Manitoba’s nickel deposits also contain copper, cobalt and PGEs as a valuable byproduct of production.

NiCAN’s flagship asset, the Wine project, is within the prolific Flin Flon-Snow Lake Greenstone Belt of Manitoba. The Pipy project, NiCan’s second asset, is only 15 kilometers away from the world-class Thompson nickel deposit, indicating the project’s potential.

The company recently reported encouraging assay results from its Wine project, which intersected a new mineralized near-surface zone. Assays indicate the new mineralization contains up to 2.09 percent copper and 1.23 percent nickel. The asset is in close proximity to significant nickel and copper projects, including Reed Lake Mine, Spruce Point Mine and the Rail Deposit. Furthermore, the Flin Flon-Snow Lake Greenstone Belt hosts dozens of other precious and base metal mines, indicating the potential for additional discoveries at the Wine project.

NiCAN’s Pipy project is underlain by the Pipe Formation, which hosts the renowned Thompson Nickel mine to the south. Despite its proximity to the Thompson mine, the asset has received minimal exploration attention since the 1960s, allowing NiCAN to apply modern technologies to capitalize on the untapped asset.

The company recently doubled its land position at the Pipy project, expanding to a total area of 24 sq km. NiCAN has already compiled and corrected historical data and completed a UAV high-definition magnetometer survey.

Experienced mining executives lead NiCAN with a range of expertise in exploration, project development, mining operations and financing mining assets. Additionally, the company’s board of directors brings additional expertise in international law and corporate financing. The team focuses on nickel projects in attractive and renowned jurisdictions for nickel exploration. 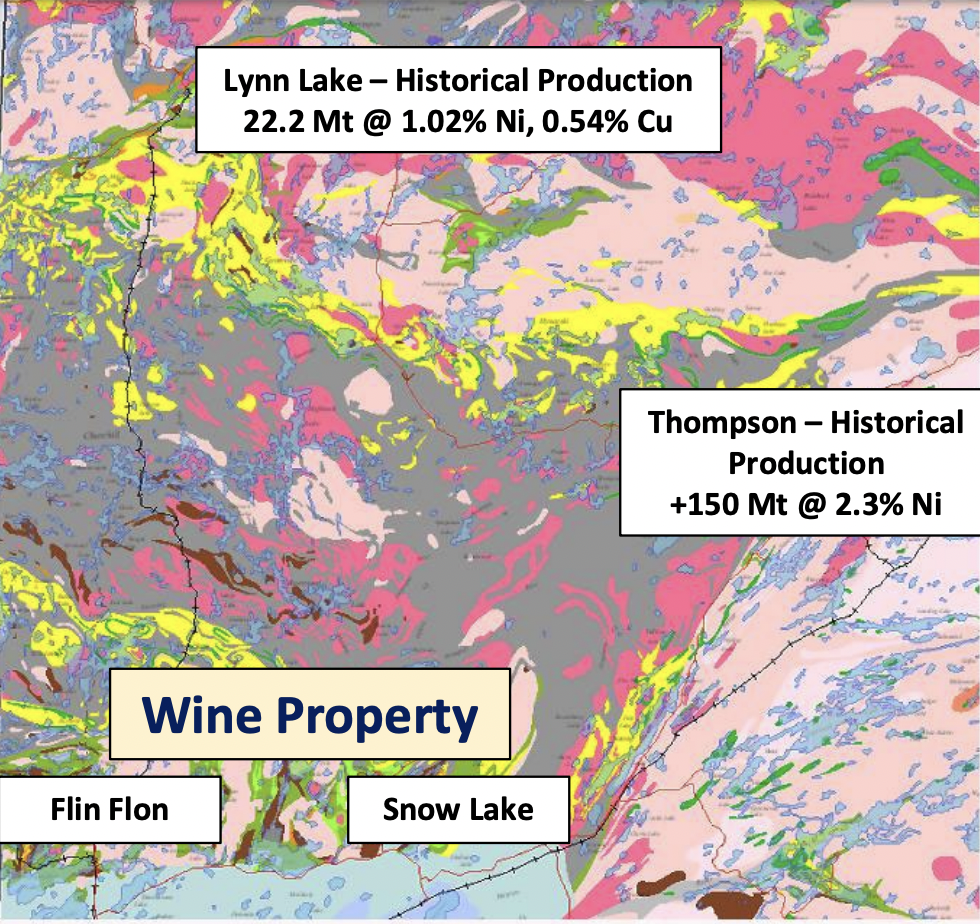 NiCAN’s flagship Wine project in Manitoba is located 50 kilometers southwest of Snow Lake and is near the Reed Lake mine, Spruce Point mine and Rail deposit. The asset has received minimal historical exploration yet produced significant results up to 20.37 meters of 1.3 percent nickel and 2.27 percent copper. 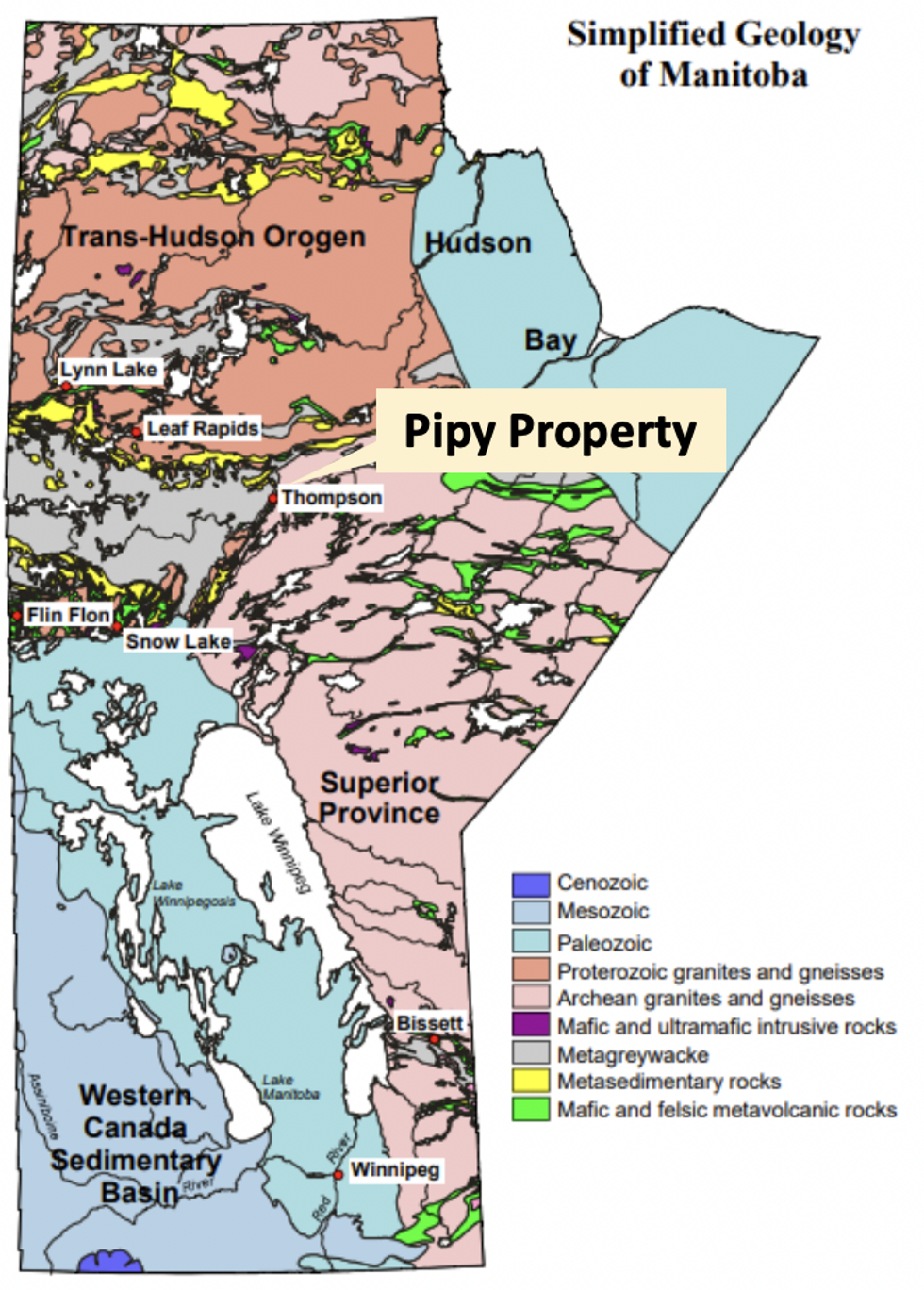 The Pipy project totals over 24 square kilometers in Manitoba, Canada, targeting high-grade nickel sulphide mineralization similar to the mineralizations at the Thompson T1 and T3 mines. The asset is underlain by the Pipe Formation, which hosts the nickel mineralization in the region, and is located at or close to a significant flexure in the belt. The company is currently engaging with local Indigenous stakeholders and awaiting additional work permits.

Brad Humphrey has more than 25 years of international mining experience. Prior to joining NiCAN, Humphrey was CEO of QMX Gold, which was acquired by Eldorado Gold. Prior to QMX, Humphrey worked for Morgan Stanley as an executive director and North American precious metals analyst, where he was responsible for growing Morgan Stanley’s North American gold research coverage. Humphrey was also a managing director and head of mining research at Raymond James, and covered precious metal equities at CIBC World Markets and Merrill Lynch. Humphrey has held a variety of mining industry roles from contract underground miner to CEO. Humphrey is currently on the board of Royal Fox Gold.

Mike Hoffman is currently chair and director at 1911 Gold and a director of Velocity Minerals, Silver X Mining and Fury Gold. He is a mining executive with 35 years of experience including engineering, mine operations, corporate development, projects and construction. Hoffman also has direct northern Canadian mining experience, including operations and projects. He is the former CEO of Crowflight Minerals, Kria Resources and Crocodile Gold.

With more than 20 years of experience in senior financial management and reporting experience, Shaun Heinrichs is a chartered professional accountant with the Institute of Chartered Accountants of British Columbia, and holds a business degree from Simon Fraser University. His career began at Ernst & Young, and subsequently moved on to senior management roles in several public companies including as chief financial officer of Veris Gold Corp., a precious metals producer listed in Canada and the US, from 2008 to 2015, and as the CFO of VMS Ventures Inc. from 2015 to 2016. Heinrichs also served as a director of Veris Gold Corp from 2012 to 2013. Presently, Heinrichs is the CFO of Group Eleven Resources Corp., a zinc exploration company based in Ireland and 1911 Gold, a gold focused exploration company in Manitoba.

Patrick Gleeson was a corporate lawyer in Canada for almost twenty years, and has worked with Cassels, Brock & Blackwell LLP. He has taken public more than 40 companies and served as general counsel, director and executive officer for several listed companies, from start-ups to those with billion-dollar market capitalizations. Presently, Gleeson is the president and founder of St. Peter’s Spirits, a socially conscious, adult beverage company producing drinks that “are rooted in the benefits of plants.” Prior to St. Peter’s, Gleeson founded IR Battery Resources & Processing, which consolidated the Delta Kenty Nickel project in northern Quebec, organized the first exploration program at Delta Kenty in over 15 years, and ultimately sold the project to an international mining company.

Saga Williams, LLB has worked in Indigenous communities in government and corporate roles as legal counsel, in negotiations and governance, and as a strategic advisor, for more than 20 years. Williams has been on negotiation teams that have successfully settled more than $1 billion in agreements and has worked on Indigenous community engagement and negotiations to support national energy and mining projects. Williams teaches at Osgoode Hall Law School as an adjunct professor and supports student-led negotiations focusing on consultation, Indigenous rights and reconciliation. Over the last 25 years, she has held many non-profit board positions. Williams is Anishinaabe, a member of Curve Lake First Nation, and is currently an elected official for her community.

Dr. Mark Cruise is a professional geologist with more than 25 years of international mining experience. A former polymetallic commodity specialist with Anglo American plc, Cruise founded and was CEO of Trevali Mining Corporation. Under his leadership, the company grew from an initial discovery into a top-ten global zinc producer with operations in the Americas and Africa. He previously served as vice-president business development and exploration, COO and CEO for several TSX, TSXV, and NYSE-Americas listed exploration and development companies. Cruise is currently on the board of Velocity Minerals.

Stacey Pavlova is a finance professional with more than 10 years of experience in the mining industry in investor relations, finance and metal sales roles. Pavlova is currently the vice-president, investor relations and communications at Faraday Copper, a development-stage mining company with copper assets in Nevada and Arizona. Previously, Pavlova was the vice-president, investor relations and corporate communications at New Pacific Metals, and held various positions in investor relations, metal sales and treasury with SSR Mining, an intermediate precious metals producer. Pavlova is a chartered financial analyst and is a graduate of the University of Denver, where she completed a Master of Finance degree. Pavlova currently serves on the board of the Canadian Investor Relations Institute.

LET US ALL BE ON BOARD WITH CATCHING THE COPPER DEVELOPMENT BUS THIS FOURTH TIME AROUND- Eng. Chilembo