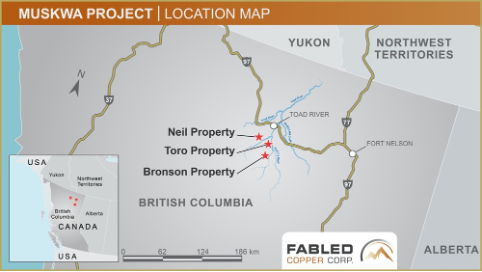 Peter Hawley, President, CEO reports; ” It has been a pleasure working with the CAN Office of Applied Research and Innovation with this ground breaking underground LIDAR survey on the Muskwa Project and look forward to the next stage once all surface and underground point clouds have been meshed together.”

The object of the underground LIDAR survey was to develop and test a work flow process for the use of autonomous UAV systems or mounted systems to create and continuously update an as-built 3-D model oof the underground development of the Eagle and Harris veins specifically levels 6400′ and 6950′ of the Eagle deposit using “Simultaneous Localization And Mapping (SLAM) optimization methods to create a 3D point cloud data set.

A less that 10 cm georeferenced accuracy was accomplished in past process trials. The output data will be available in .las, .csv, or .ply format with all files georeferenced.

The initial plan was to install control points inside the Eagle Vein using traditional survey techniques and use these controls points to geo-reference the collected scan data. This proved to be impossible due to ice buildup in the first 100 m of the adit that reduced the effective height to less than 1.3 m.

The total station used and to establish control points it requires a minimum of 1.5m to operate. To overcome this issue, control was established outside the entrance of the Eagle vein and used to geo-reference an initial scan that subsequent scans would be aligned with during post-processing. This same procedure was applied to the Harris vein. 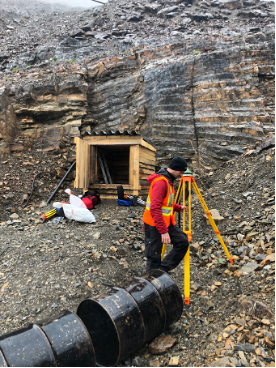 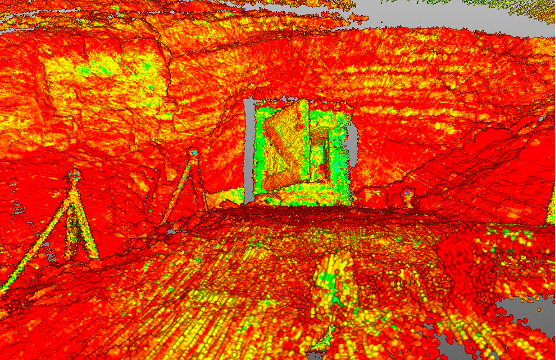 A total of 913.93 meters horizontally was surveyed at the 6400 level of the Eagle Vein. See Figure below.

During post-processing, the team encountered some issues when aligning subsequent scans of the Eagle vein to the first georeferenced scan. The scans were roughly aligned manually in Veesus’s Arena4D software, and a fine registration algorithm was run in the same software.

It was found that a combination of manual and automated registration was most effective for this application. While the registration is not perfect the error observed should not be an issue when identifying coordinates of drill targets.

In areas measured, the maximum error was 3.61 cm. Had there been no ice buildup on the interior floor of the mine, a traverse could have been run, placing coordinated points throughout the vein. This would have greatly improved both the accuracy and efficiency of registration, and should the opportunity arise, this is the method that will be used in future scans.

The Harris vein was able to be completed in one georeferenced scan, so there were no alignment issues present as can be seen by the high-resolution shots below in Figures 5 and 6.

In preliminary processing, it was found that mineral veins are partly visible in the scans as seen below. Note comparison between photograph and LIDAR scan at same location showing the strike and dip in Figure 7.

Below in Figure 8 the copper bearing vein is clearly visible on the back or roof by LIDAR on the 6400 level of the Eagle Vein with the exact location of mineralization plus structures at an accuracy of 3.61 cm. 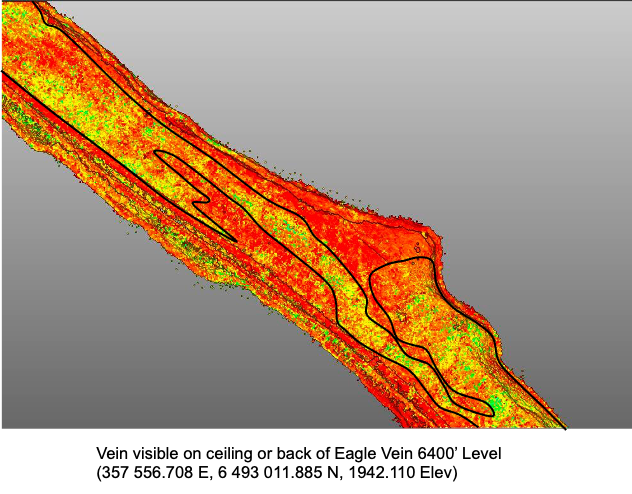 Below in Figure 9 the mineralized veining continues to be visible on the back or the roof of the 6400 level but as seen by the GPS coordinates this location is 248.012 meters East and 172.39 meters north with an elevation change of plus 1.99 meters from the shot in Figure 8. 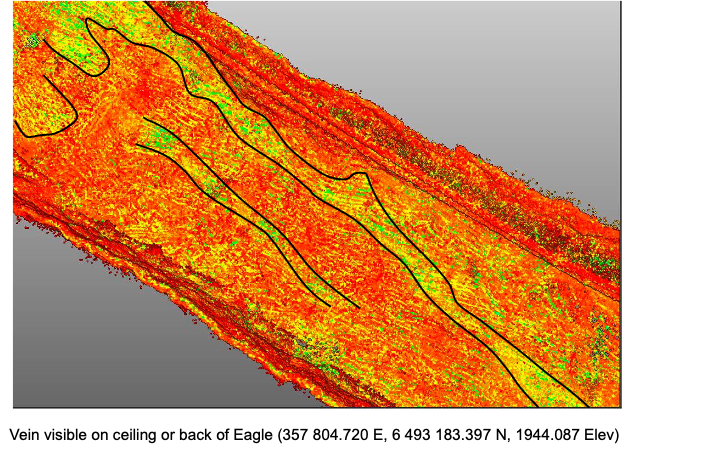 Figure 10 is at the bottom of the adit entrance of the 6400 level. Note the ladder for reference. Press HERE for LIDAR video of entrance into the adit and the first part of a two parts LIDAR survey thru the level. 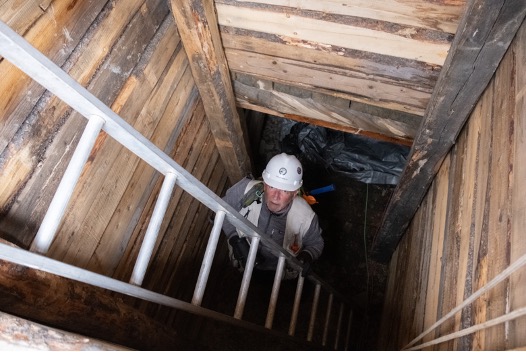 In closing, using this cutting-edge technology and now having the 3-D point cloud we can integrated this with our surface UAV drone missions over the Davis Keays Eagle Vein plus add our 2021 and 2022, sampling results, structural mapping and geophysics.

The Company will keep the shareholders informed as data becomes available.

copper on the rise but remains below USD 8,000 per tonne

Teck, Agnico team up at San Nicolas in Mexico

Gold climbs back to 1700 USD per ounce