Countries worldwide are working towards decarbonisation and paying more attention to clean energy sources. Russia’s invasion of Ukraine also ignited a global discussion about energy security and fossil fuel reliance, especially in Europe, where Russia has long been the primary oil and gas supplier. As a result, governments are now looking at all viable clean energy sources, including solar, wind and nuclear power. Recently, Japan, Germany, the U.K and the U.S. have revisited their nuclear energy strategies to reduce fossil fuel production and reliance while improving energy security.

The renewed interest in and support for nuclear power has bolstered demand for uranium, an essential mineral for nuclear power reactors. Currently, there are 340 proposed new nuclear reactors globally. Combined with existing reactors, the world will soon require 62,400 tonnes of uranium, which converts to 73,698 tonnes of uranium oxide. It’s projected that global uranium production will need to double by 2040 to keep up with demand.

Australia produces 12 percent of the world’s uranium, behind Canada (13 percent) and Kazakhstan (43 percent). It is also home to the Wiluna Uranium Project, a well-established uranium resource of 62 million pounds of ore located in Western Australia.

With unique challenges and risks associated with uranium projects that can delay development, Toro Energy has worked to address key risk areas for the Wiluna Uranium Project. To date, the project has received state and federal approval and been granted mining leases, allowing Toro Energy to focus on process design and project costs.

The Lake Maitland deposit has been successfully optimised to incorporate vanadium production — a mineral used to manufacture steel alloys, aircraft and nuclear reactors. Introducing vanadium production has a marginal cost of an additional AU$5.7 million CapEx. 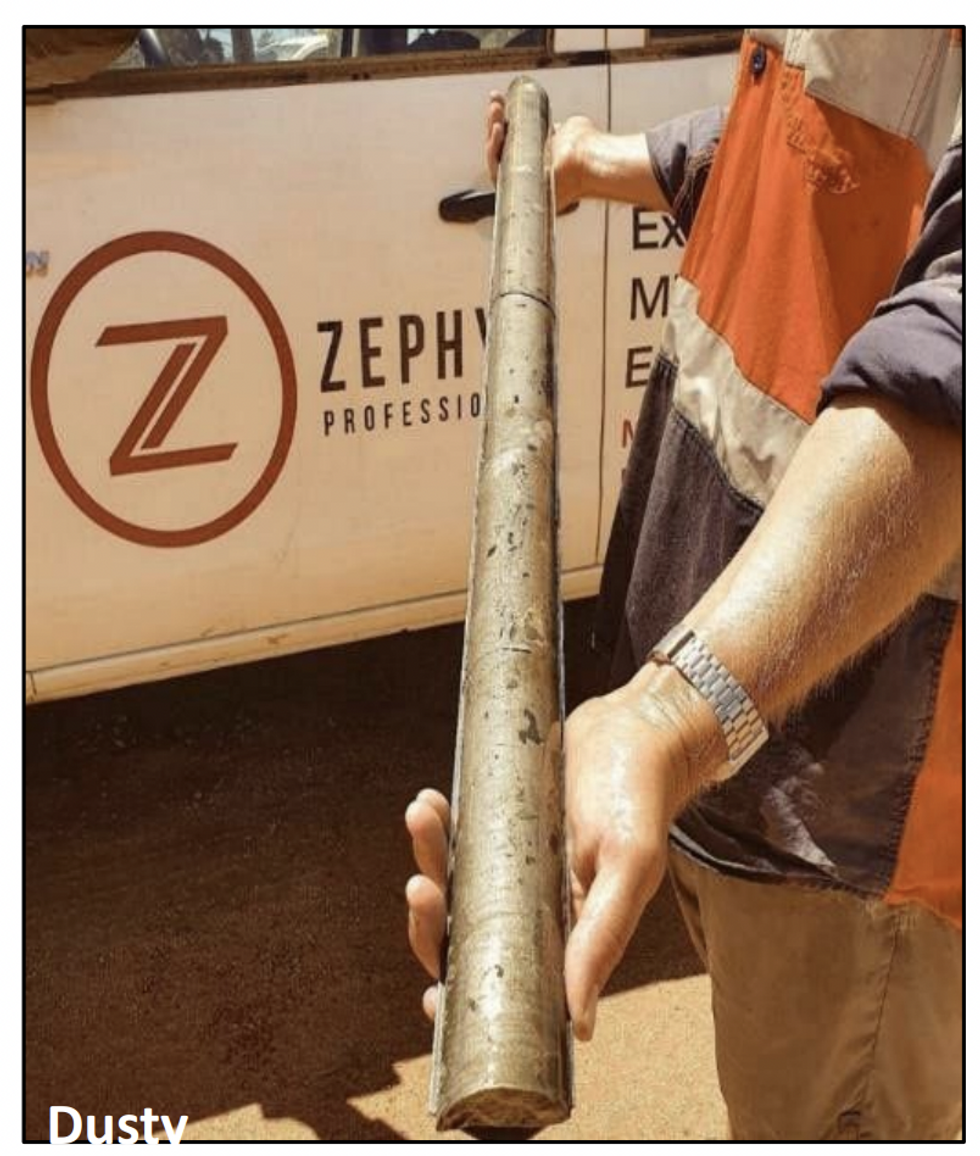 Toro Energy also owns the Dusty Nickel Project in Western Australia. Diamond drilling at the project has confirmed a 15-kilometre strike of massive nickel sulphides. Completed assays indicate up to 9 metres at 2.07 percent from 250.90 metres, along with 2 metres at 4.01 percent. The asset is on the Yandal Greenstone Belt, creating additional exploration opportunities to confirm suspected gold deposits.

Toro Energy is led by a management team and board of directors with extensive experience in the mining industry. The team’s combined expertise includes working at major mining houses, exploration companies, uranium mining operations, corporate financing and government and community relations. 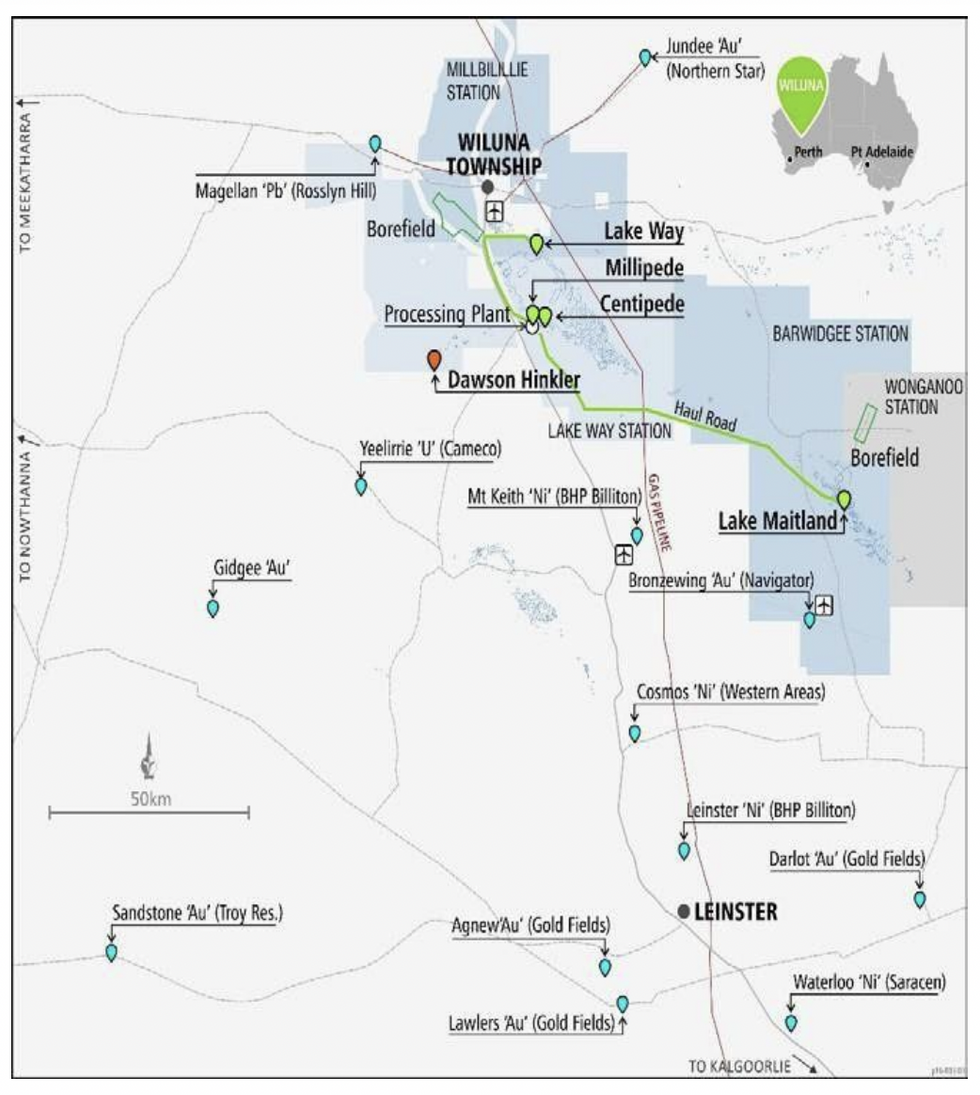 Toro Energy’s flagship asset is located 30 kilometres from the town of Wiluna in central Western Australia. The region contains approximately 84 million pounds of uranium oxide, 62.7 million pounds of which are within the project’s area. The asset has been de-risked and optimised to improve yield and introduce vanadium as a by-product. The company is currently developing a mining schedule to estimate future production costs.

The company’s Dusty Nickel Project is located near the Lake Maitland uranium deposit and contains two key target areas: Dusty Nickel and Yandal One. The project is on the Yandal Greenstone Belt and is 50 kilometres east of the world-class Mt. Keith Nickel Deposit. A completed diamond drilling campaign confirmed a 15-kilometre strike length of massive nickel sulphides, 7.5 kilometres of which is an unbroken length.

Richard Homsany has extensive experience in the resources industry, having been the executive vice-president for Australia of TSX-listed Mega Uranium Ltd since April 2010. He has worked for North Ltd, an ASX top 50-listed internationally diversified resources company in operations, risk management and corporate, prior to its takeover by Rio Tinto Ltd.

He is a fellow of the Financial Services Institute of Australasia (FINSIA) and a member of the Australian Institute of Company Directors. He has a commerce degree and honours degree in law from the University of Western Australia, and a graduate diploma in finance and investment from FINSIA (State Dux).

Homsany has significant board experience with public listed companies in Australia and Canada. He is the chairman of ASX-listed copper explorer Redstone Resources Ltd. and TSX-V listed iron ore and gold explorer Central Iron Ore Limited. Homsany is currently the chairman of the Health Insurance Fund of Australia Limited.

Richard Patricio is the CEO and president of Mega Uranium Ltd., a uranium-focused investment and development company with assets in Canada and Australia.

In addition to his legal and corporate experience, Patricio has built a number of mining companies with global operations. He holds senior officer and director positions in several junior mining companies listed on the TSX, TSX Venture, AIM and NASDAQ exchanges. He is currently also a director of NexGen Energy Ltd (TSE:NXE, Mkt Cap. CAD$2.7b). He previously practised law at a top-tier law firm in Toronto and worked as in-house general counsel for a senior TSX-listed company. He received his law degree from Osgoode Hall and was called to the Ontario bar in 2000.

Katherine Garvey is a corporate lawyer who has significant experience in the resources sector. Garvey advises public (both listed and unlisted) and proprietary companies on a variety of corporate and commercial matters including capital raising, finance, acquisitions and disposals, Corporations Act and ASX Listing Rule compliance, corporate governance and company secretarial issues. She has extensive experience drafting and negotiating various corporate and commercial agreements including farm-in agreements, joint ventures, shareholders’ agreements, and business and share sale and purchase agreements.

Dr. Greg Shirtliff is responsible for the management and direction of the geology and resources of Toro’s Wiluna Uranium Project.

Shirtliff has more than 15 years’ experience in the geology and geochemistry of uranium, including a PhD in uranium geochemistry from the Australian National University. Since his studies, Shirtliff has spent more than nine years in various roles in the uranium industry, from environmental, mine geology and resource to exploration and project management in both mining and exploration. He spent several years at ERA-Rio Tinto’s Ranger Mine, and was also the senior geoscientist at Cameco Australia, where he managed a diverse portfolio of projects in uranium deposits and styles of mineralisation throughout Australia, Canada and the US.

Atlantic Lithium to start production at Ghana mine in H2 2024

The View from England: Copper and an artist drawn to war